The Greater Birmingham and Solihull Institute of Technology (GBSIoT) team recently visited Sharmans Cross Primary School in Solihull to run some engaging and interactive STEM education sessions with Year 6 students. With a particular focus of inspiring young girls to consider a future in engineering, Lexi from 6B enjoyed the session so much she told her teacher ‘I now want to go into engineering when I am older!’

In partnership with colleagues from CreativeHUT, the Year 6 students were tasked with building and programming movable robots with Lego Education Spike Prime kits. Spike Prime combines colourful LEGO building elements with easy-to-use hardware, as well as an intuitive drag-and-drop coding language based on Scratch. This workshop was part of Sharmans Cross STEM week that aimed to raise their awareness of, and encourage their interest and curiosity in, the wide range of careers and opportunities available to them through STEM and the importance of STEM skills.

With a short intro about what robots the children recognised in daily life, Wall-E being a particular favourite, they very quickly got hands on and followed the instructions to build their ‘Rhino’ robot, complete with several motors and wheels for movability. 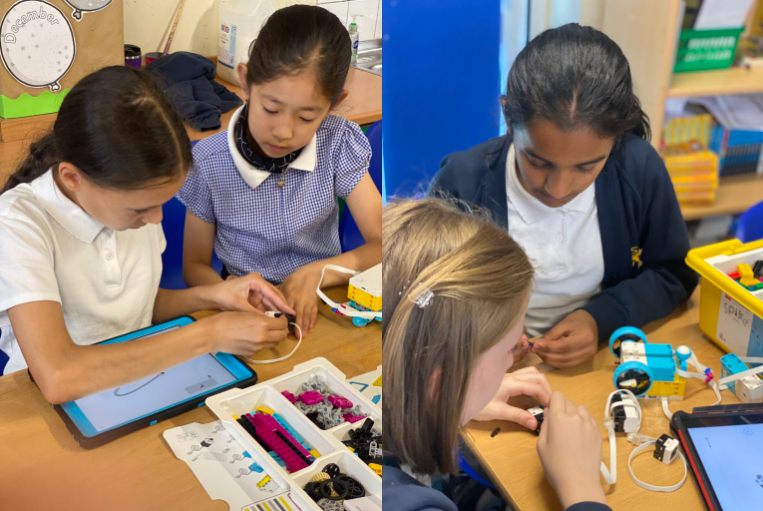 It was fantastic to see how engaged the children were right from the beginning, working together in their groups in a race to build their robot first. One by one Rhino robots appeared across the classroom and coding began. Using a simple drag and drop programming tool that was recognisable to the year six students they were set the task to program their robot to travel exactly 1 metre. The students had to calculate together in their groups what sections of code they needed to change to make the robot travel the distance.

Once they’d cracked the first programming challenge, they were tasked with getting the robot to turn in a perfect right angle around a cone. It was brilliant to see how easily the children came accustomed to the software and added their own unique spins to the code. Out of all the STEM learning materials GBSIoT has accessible to schools in the area, SPIKE Prime continuously engages students through playful learning activities to think critically and solve complex problems, regardless of their learning level. 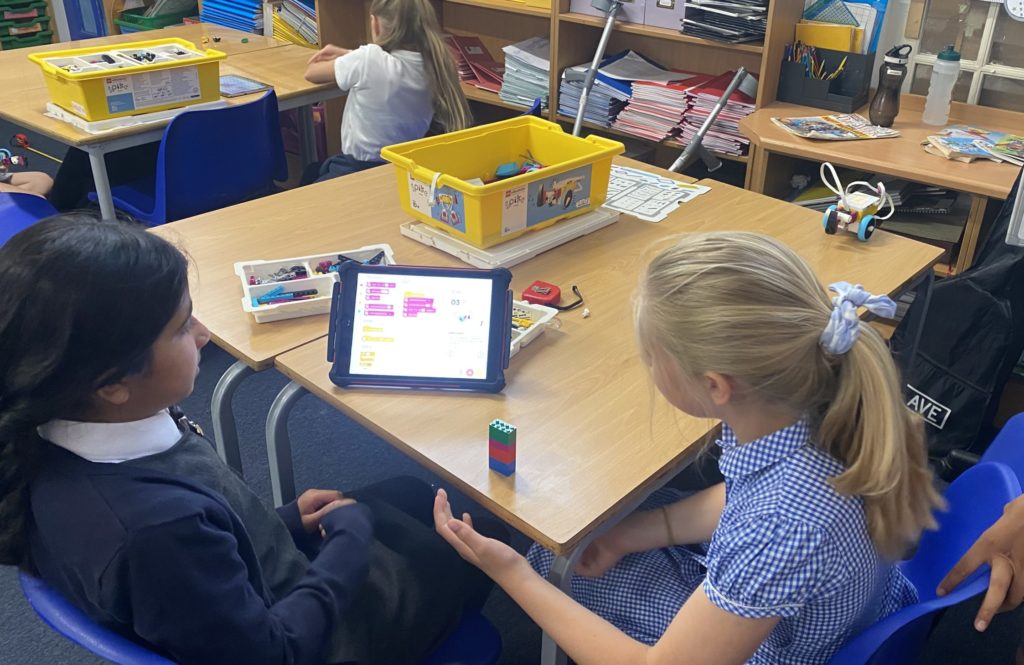 The student feedback was extremely positive, Lily from 6P said:

‘last week was AMAZING, everyone had so much fun building the rhinos and programming them to move and do what we say. It didn’t seem educational because we all had so much fun, I learnt a lot about what engineering is.’

EngineeringUK found that ‘in 2021, just 15.2% of those working in ‘core’ engineering roles were women.’ GBSIoT aims to further contribute towards bridging the gender gap in the sector, and by running workshops like this in primary schools we hope to inspire a next generation of female engineers.

GBSIoT is a powerhouse for the Engineering and Manufacturing sector bringing together a consortium led by Solihull College & University Centre, Aston University, Birmingham City University and South and City College supported by BMET College, University College Birmingham and the University of Birmingham. This partnership works together with learners, employers and schools across the Greater Birmingham and Solihull locality to provide support across a wide range of areas. You can find out more about our employer, learner and schools offers at www.gbsiot.ac.uk