A Solihull student is celebrating after winning an ICE Technician Award.

Emily Healey, 20, from Coventry is coming to the end of her time studying a Built Environment & Sustainable Technologies apprenticeship at Solihull College & University Centre. The College joined forces with her employer, Arup, to deliver the apprenticeship which Emily began in 2017.

Completing four days a week at work and one day at college, she designed highway alignments and completed 2D and 3D CAD work. College lecturer Steve Lintern nominated Emily for the ICE award based on the strides she had made in her work.

The ICE West Midlands Civil Engineering Awards takes place annually and is the premier showcase for engineering excellence in the region. The award ceremony recognises civil engineering success across a handful of award categories.

Emily’s win offers her industry recognition and puts her on a path towards becoming chartered with the CEng accreditation.

Emily credits the College with being approachable and supportive. ‘I was genuinely blindsided by all of this, it was great to be nominated. I studied A-Levels before my apprenticeship but found the environment at the College and Arup had a much better level of support. Tutors were more accessible and I’ve always liked the design side of engineering, such as working on infrastructure in civil engineering and on highways’.

Programme Manager Deb Bunce added: ‘This is a well-deserved award for a hard working student. Emily has a bright future ahead of her’.

Emily will continue on at Arup during the next academic year to complete a degree in Civil Engineering. 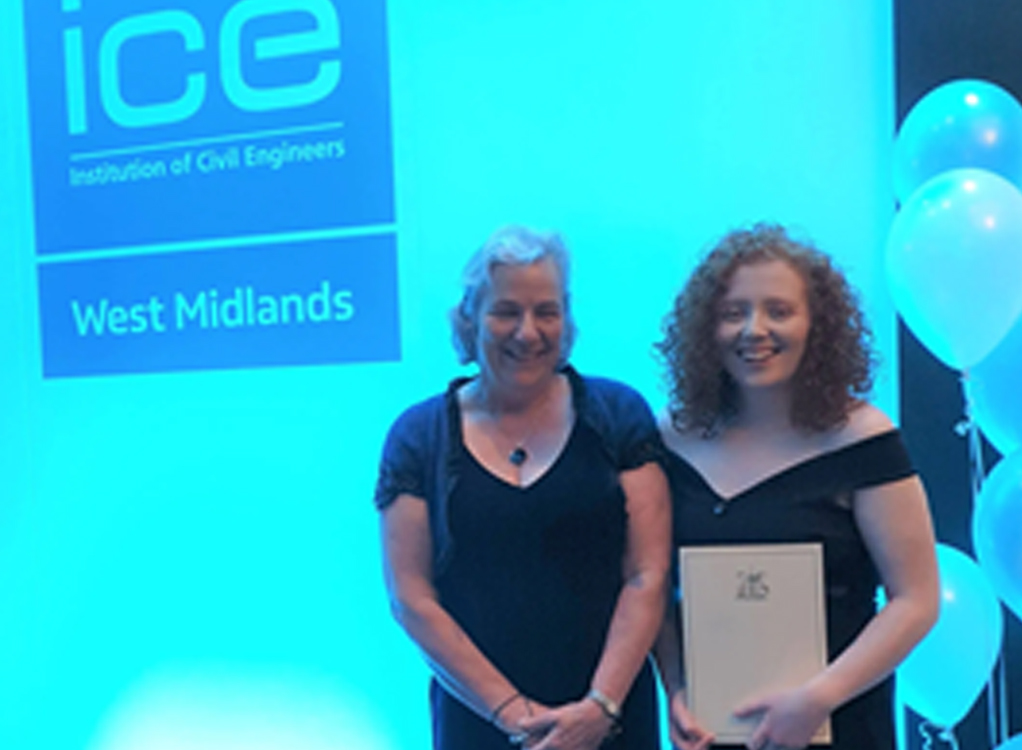